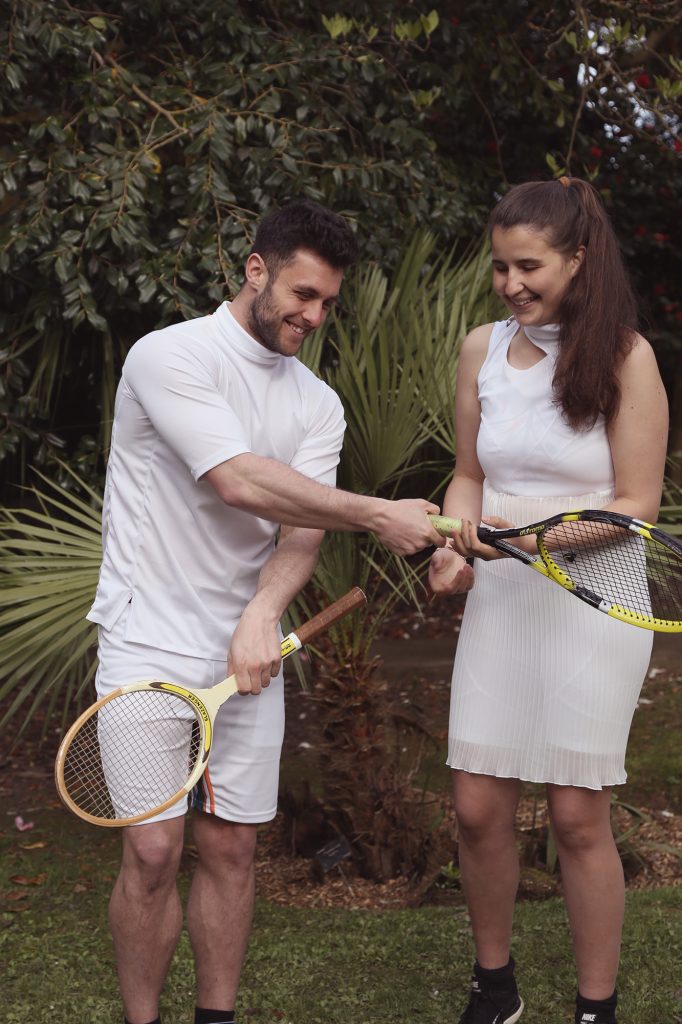 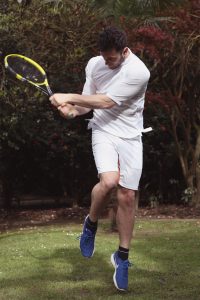 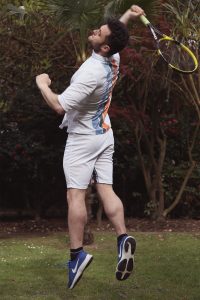 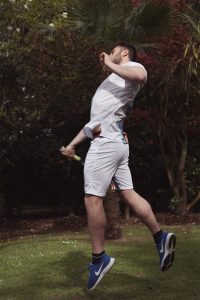 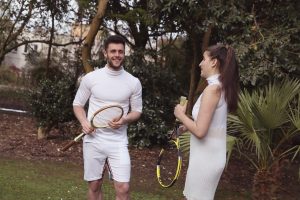 When the Alice in Wonderland movie came out, I was really skeptical about the way Tim Burton would convey the concept of being lost in an imaginary world that was so key to my childhood. And if it wasn’t done right, it would definitely ruin the entire fantasy world of the book. (How do you depict something that was written… under influence…?!?!)

Getting lost in other people’s ideas is quite easy and is something I would definitely like to avoid in the course of this project. In my case, everyone’s understanding of the concept was crucial to visually convey the message of the whole collection while shooting.

Everyone taking part in the photoshoot was quite familiar with the project beforehand (and more than they would like to), which definitely helped them make things right. 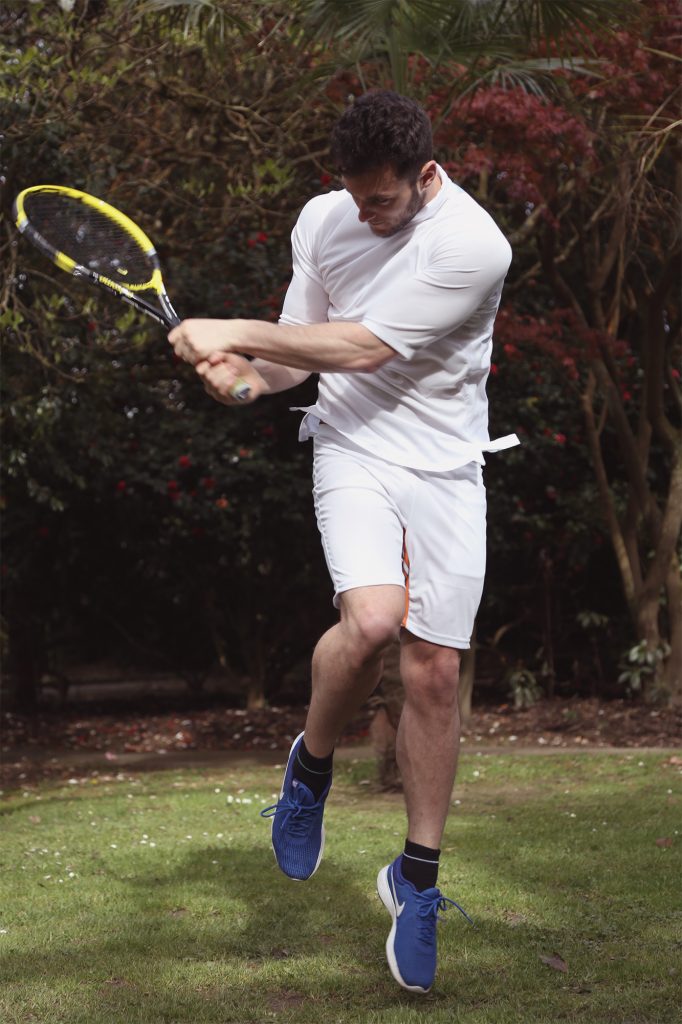 As my design concept is evolving around having fun and spending some nice playful time outdoors, I can say that everyone was having fun on set.

What I did is simply ask the athletes to play tennis and have a chat about whatever they found interesting in the breaks, so that the photographer could capture the actual game, as well as what they did when they were just relaxing. 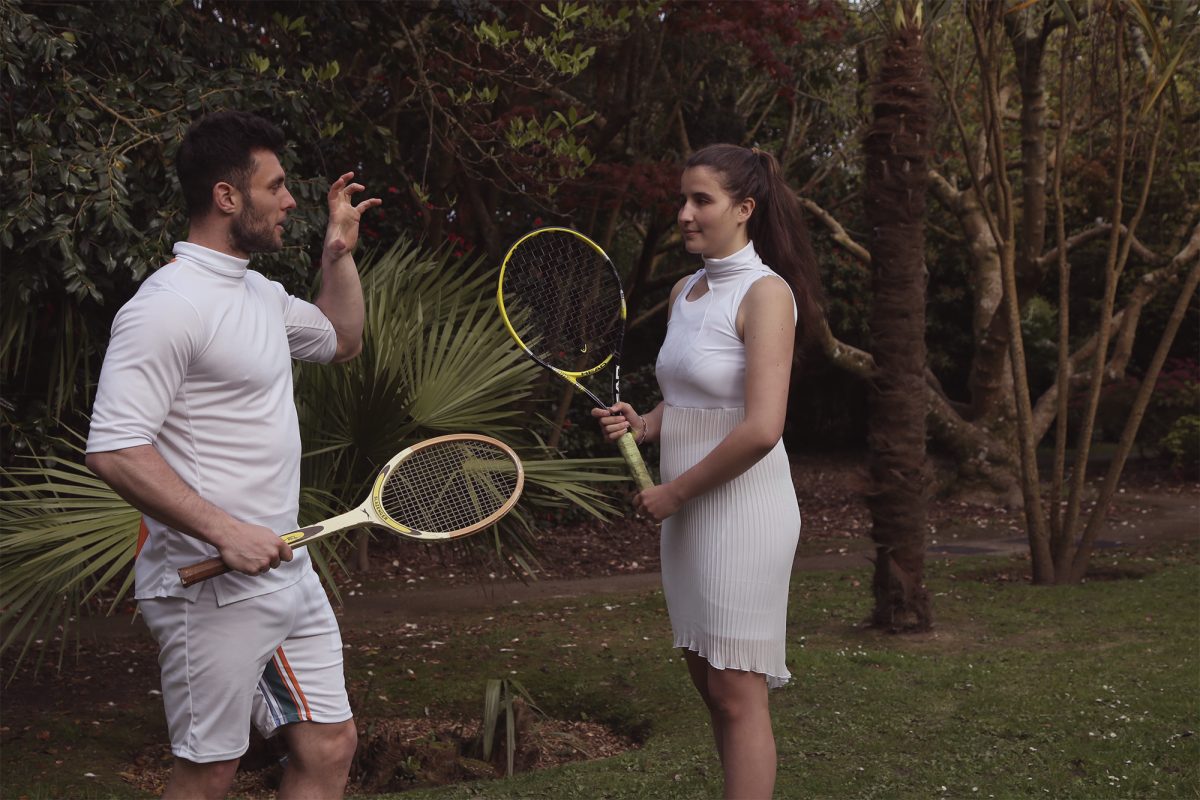 To me, that made a huge difference and completely fitted into my concept of genuine enjoyment of the sport.

Another aspect of the photoshoot I am really happy with is the masculinity of the male outfit opposed to the fluidity and elegance of the female dress.

Just to capture the vintage aftertaste of the collection, I took another picture with our grandparents’old Polaroid 626 Closeup with which most of our baby photos were taken. 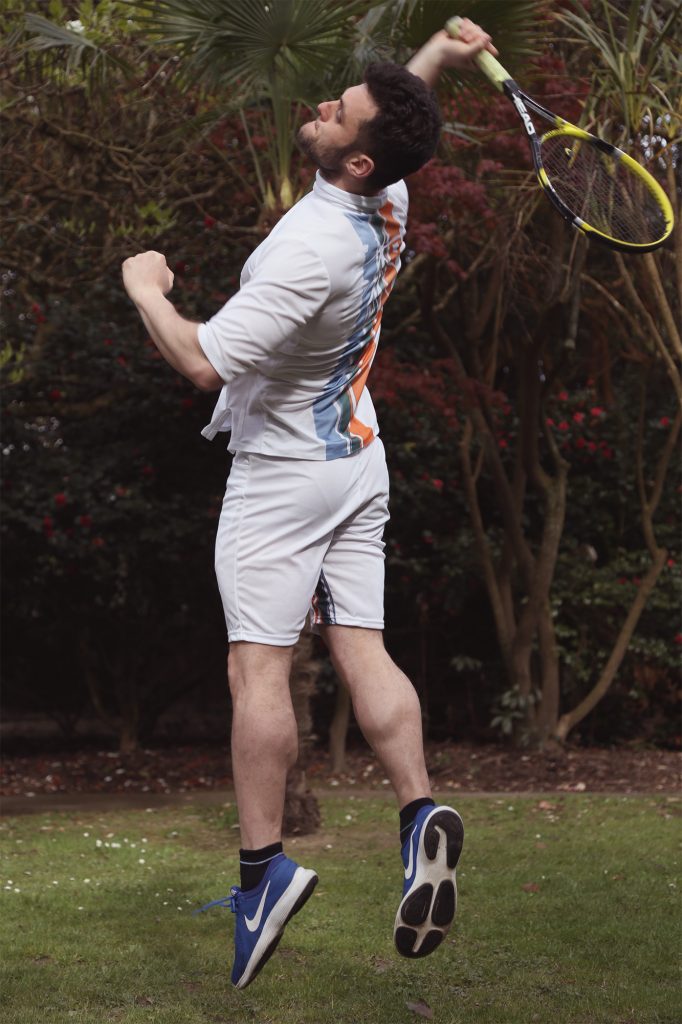 This way I also added some of our personal story as a team and as a family and I consider my task to make people smile completed.

Any cookies that may not be particularly necessary for the website to function and is used specifically to collect user personal data via analytics, ads, other embedded contents are termed as non-necessary cookies. It is mandatory to procure user consent prior to running these cookies on your website.