The Innovation of Deprivation 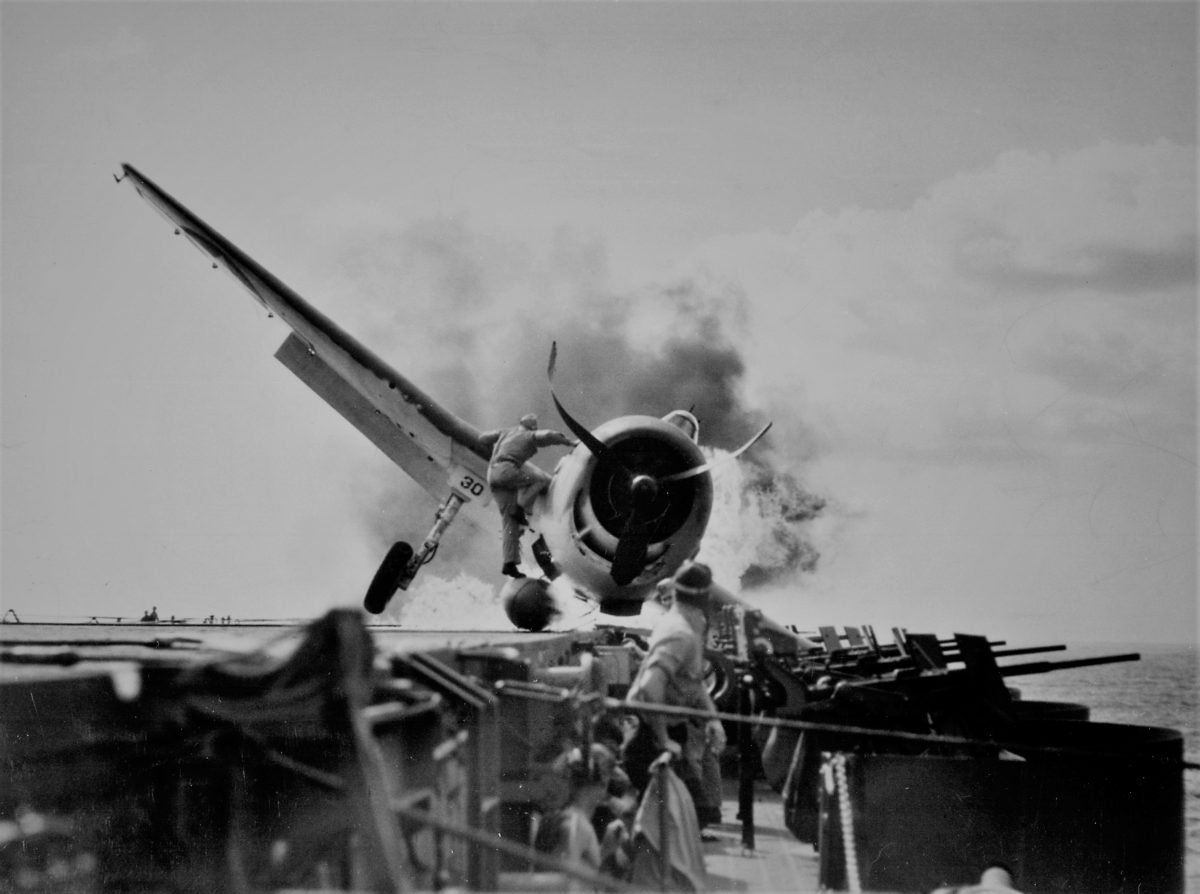 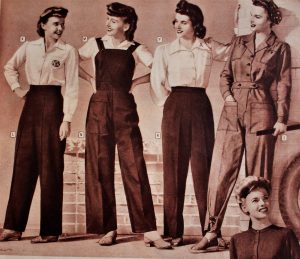 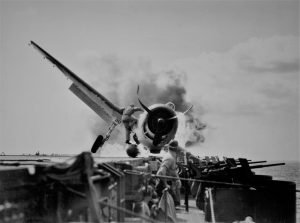 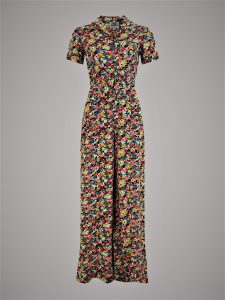 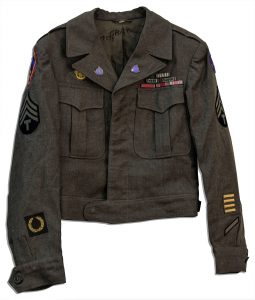 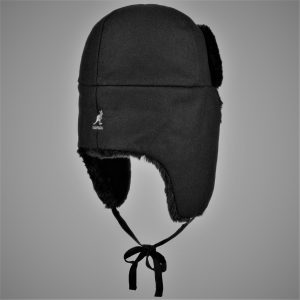 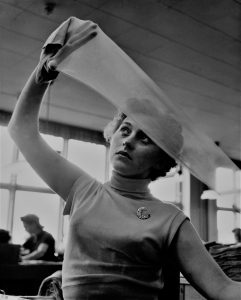 Walking along the endless corridors of the Medjidi Tabia Fort I could smell the mould, the intoxicating scent of old fabrics, still bearing stains from the previous life they had once lived. Now everything was mixed with the feel of the soft afternoon sun, shining through the window bars and the smell of earth and stone and the one of dry grass. I spotted a sword – just like the one my sister and I used to play with when we were children. It belonged to my great grandfather and was pretty much the most fascinating thing I had ever seen – the handle depicted the head of a lion (the symbol of my country), whose eyes were made of ruby. There were some beautifully written words on the steel blade, but I could never read them anyway.

It is really hard to imagine the actual dimensions of a war now, when luxury is so easily affordable, when we cannot survive a day without Internet connection, what is left to go without food or electricity. But things are obviously changing and as so many people are predicting the start of the next World War (or has it already started?), I couldn’t help but wonder what it’s like to be in a real battle, to feel every cut, caused by somebody else’s sword, or to feel a bullet penetrating through your arm. And yes, these were real people, they did get tired, they could feel every drop of sweat and the heaviness of all those weapons. And staring at the hall, full of military uniforms, I asked myself: ‘Is this really what protected them in wartimes?’ 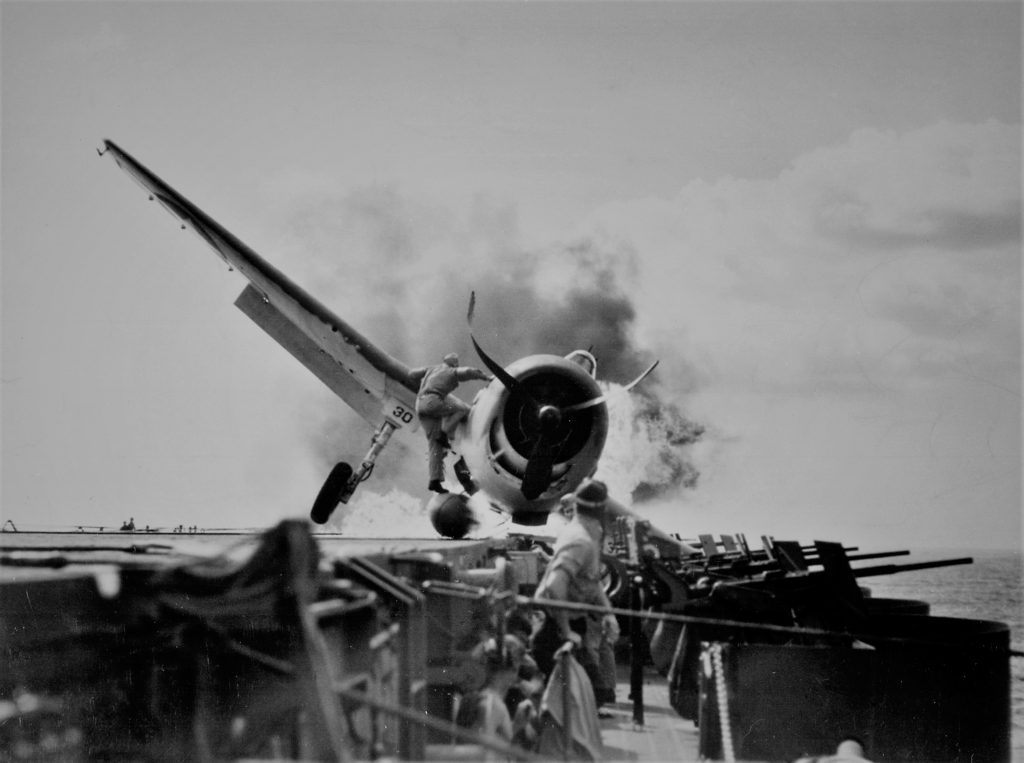 Well, yes! It would probably be a good idea to come up with a multifunctional suit just like the ones in Marvel and DC, but back then all they could count on was a battledress with a few ‘accessories’ to it

As for the battledress, it was just a military uniform made of wool. It was simply designed to keep the wearer warm, even when wet, and to ensure free movement. Believe it or not, it was initially inspired by the ski-suit, because it wasn’t restricting the body. Like every normal suit, it consists of two parts – a short jacket and high-waisted trousers. The only convenience were the huge pockets, where soldiers could store maps and other necessary things (some body lotion and beard wax probably?). Although it was not the most comfortable piece of clothing anyway, it was changed during the course of WWII, so that its production required less fabric (the concealed buttons were replaced by exposed ones and the pleats on the front pockets were removed). 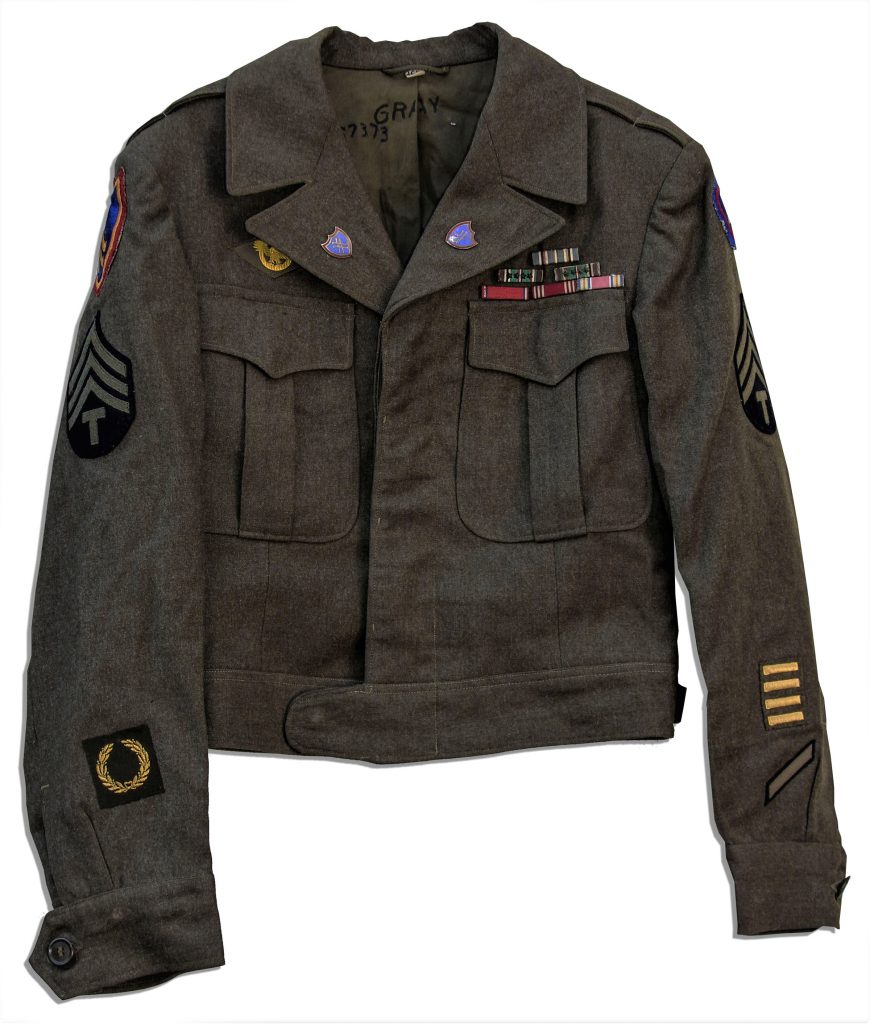 There is another piece, a bit more useful – the Denison smock. It was firstly designed to protect paratroopers’ equipment so that it doesn’t get snagged when jumping, although it has many other conveniences. Apart from being windproof, it also comes useful as camouflage (because of its neutral twill material) and has plenty of pockets for storage. The smock is most famous for its ‘beaver tail’, which kept the whole garment from riding up while parachuting. Unfortunately, it looks really funny when not fastened…

The famous trench coat did not actually protect that much and wasn’t a compulsory item to possess, but it looked good and was waterproof. It was mostly produced out of leather, heavy-duty cotton, poplin, and gabardine drill. The trench coat is double-breasted, belted with a self-belt and also has functional shoulder straps, closing with buttons. Soldiers didn’t probably look any close to Cara Delevigne in the Burberry add, but at least had their clothes dry because of the straps around their wrists that didn’t let water run down their forearms. Anyway, what do you use the D-ring on your trench coat for (because they used it for swords and map cases)?

Well, as you might have guessed they couldn’t go without plenty of hats and helmets for protection (and because they didn’t get the chance to shower quite as often). One of the most legendary ones is the Russian ushanka. Its dense fur protects soldiers’ heads from the cold, including the chin and neck area, and is really comfortable. It can be worn with the ear flaps tied under the chin, on the crown of the cap or behind the neck – plenty of ways to look really Russian. 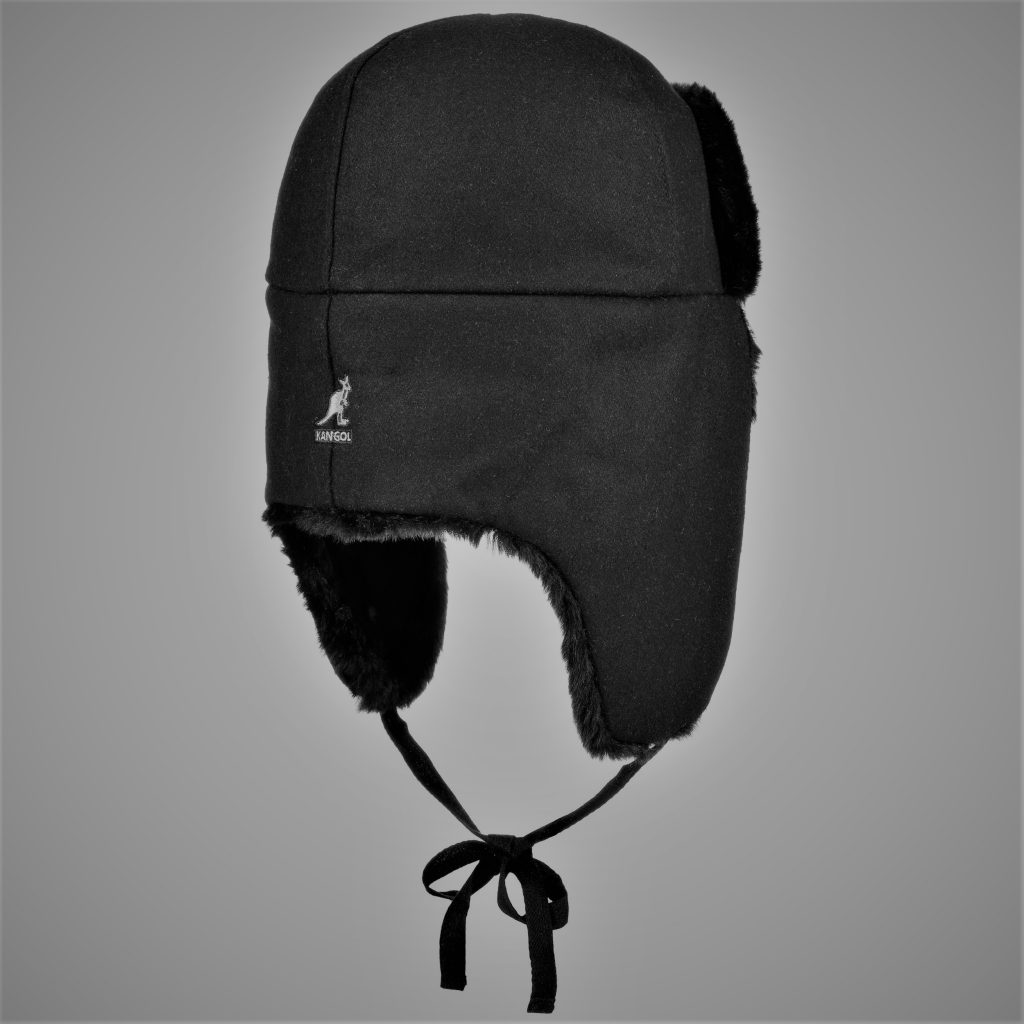 Another protective accessory we know pretty well from the skate park comes with a different function for the soldiers in WWII. The jeep cap (or M1941) was used underneath heavy helmets, so that people were protected from both bruises and cold. Its woolen texture worked well as insulating material, which can’t be said about the jeep caps nowadays, produced from cheap fleece or acrylic. Poor skaters.

You will probably laugh a lot if you see soldiers in their gaiters, but they turned out to be really useful. For those of you, who are now imagining funny hats, these are actually protective garments worn over one’s shoes. Initially made of leather, their main purpose is to protect people’s ankles from scratches, water, snow, cold and snake bites. Good they are so functional, because they look hideous.

Of course, to equip the participants in the Second World War with all that amazing stuff wasn’t cheap. Having in mind all the voluntary organisations coming in addition, it is reported that one fourth of the British (both men and women) were engaged in the war in some way, which means that someone had to produce uniforms for around 131 million people. Easy? Well, the government had a solution – the rationing scheme that made women really creative. Wonder how?

Adding coupon points for each item you buy, apart from the original value you pay with money, made it impossible for the British population to buy everything needed. Unfortunately, fabrics were also allocated point values and dressmaking became just as hard. But if you think this is so bad, well, it is not. This is exactly where the fun part starts, and you will notice how everything we see on the catwalks now is nothing more than a replication of all of these brilliant women’s ideas. 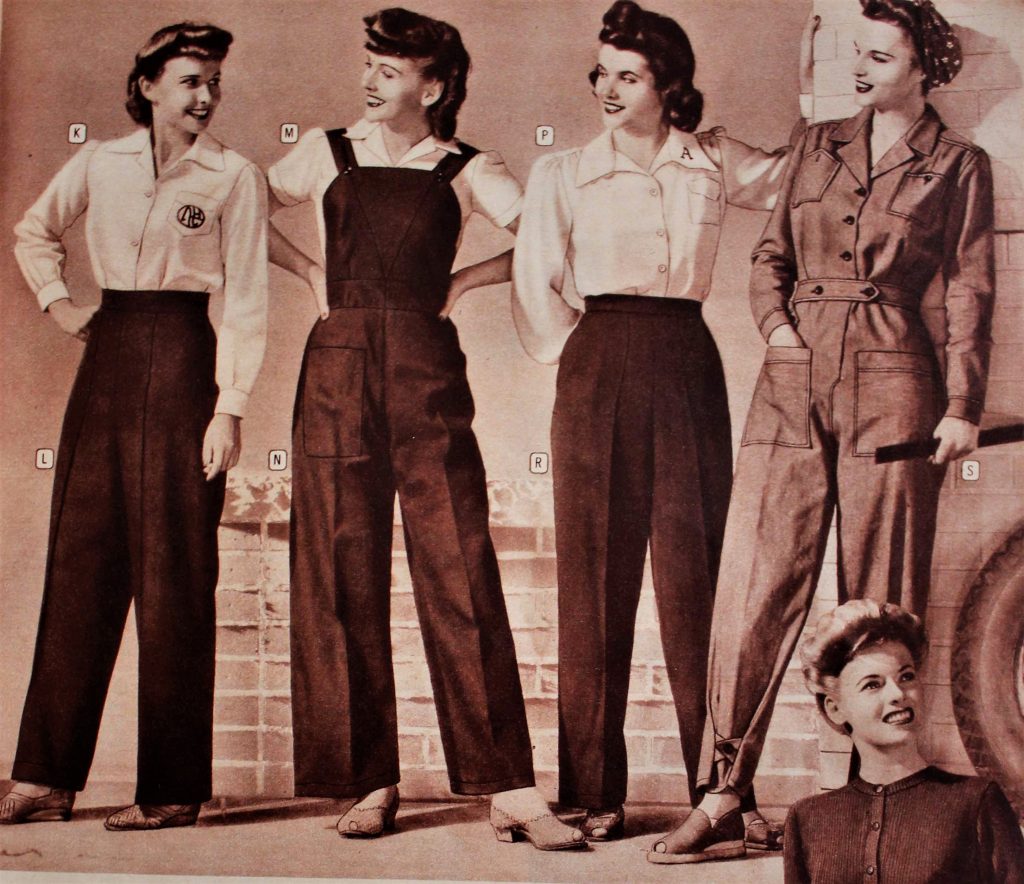 With the outbreak of the war, people were advised to carry gas masks all the time. Of course, they could put them in their bags or over their shoulders. But special handbags were invented instead. Their unusual shape and design allowed women to carry their gas masks in a separate compartment at the bottom of the bag. It kind of reminds me of my grandmother’s old bags. I bet it even smells the same way.

Well, you know what they say – you’ve never lived if you haven’t tried the siren suit just once. No, they don’t say that, but I’m pretty sure they did during the WWII. It was meant to be put on quickly in case of air raid and that’s why it was designed as an all-in-one suit that could be worn over your night clothes. And if you imagine prisoner’s clothes, think twice, some women were really keen about how they looked, just the same way they are now. 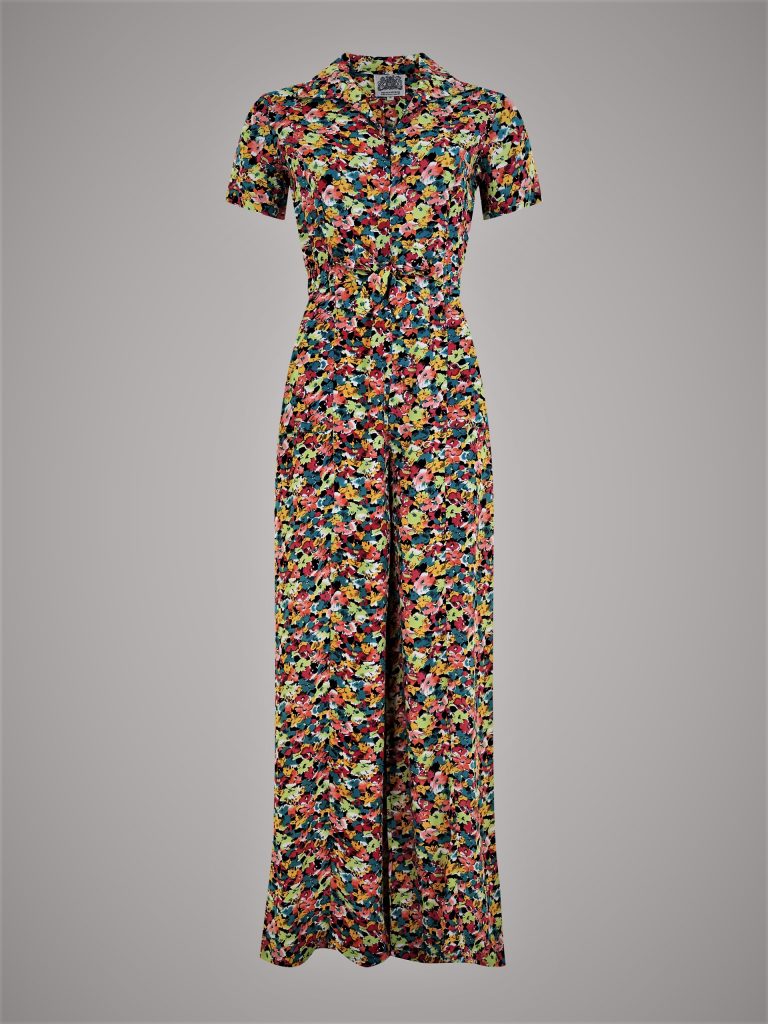 Speaking of which, you would hardly believe what women were capable of when it comes to getting what they wanted. As the stocks of silk and nylon were becoming scarce, women were finding it harder and harder to get their hands on nylon and silk, materials of which they could make stockings. They were advised to return old stockings with runs at their local shops, because both silk and nylon were used in the army (nylon was melted for the production of parachutes and silk was used for soldiers’ powder bags). Forced to come up with a new way to get their much desired stockings, women started using makeup to simulate the look of nylon or silk. Even if you can’t imagine it right now, the liquid stockings lasted up to three days, although women had to sacrifice their comfort – they couldn’t cross their legs and had to stay away from rain. Good luck, British!

Don’t imagine, however, that makeup was abundant during WWII. Cosmetic companies also turned to the production of military supplements, which meant women had to be imaginative in that field as well. To colour their lips, they used natural dyes, such as beetroot, and didn’t neglect the mascara, of course (shoe paint obviously worked). 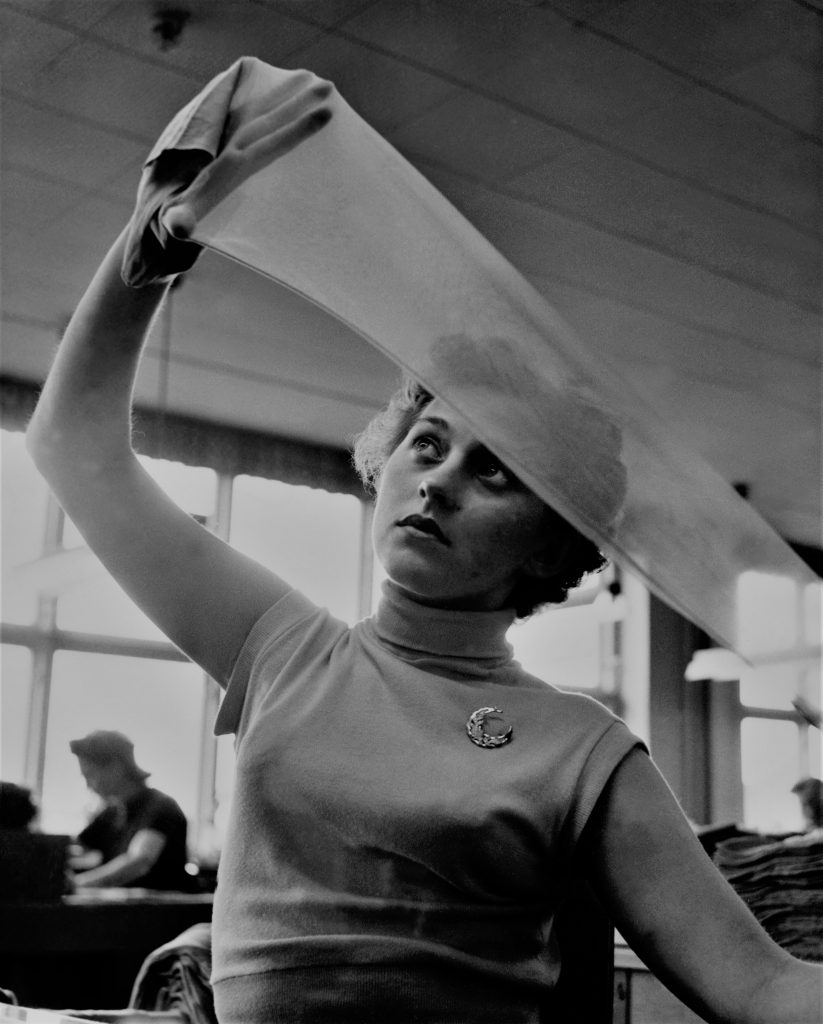 They kept on creating clothes not only for themselves, but also for their families and despite the lack of coupons for fabrics (or just because of that), they set the bases of modern art and design and the roots of the deconstructionist movement. Many of their clothes originated from blankets and cheesecloth even their wedding dresses were created using old curtains and parachutes. In other words, in the 1940s you could see so many inventions, created using military supplies, which would be the next graduate collection today, but back then that was just necessity and poverty.

So, if you think of the trends today, what would you see? Do you still consider the boyfriend jeans a child of the 2000s? Or is it just another trick we inherited from the WWII women, who used their husbands’ suits to create skirts and jackets for themselves or who used the debris of the war to create their next accessory?

Yes, both men and women were subject to great losses and great danger, deprivation and constant fear, but as with everything else, strong emotions require strong will and that is where true innovation is born.