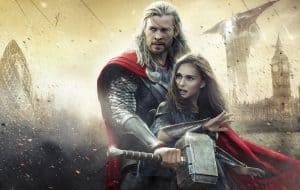 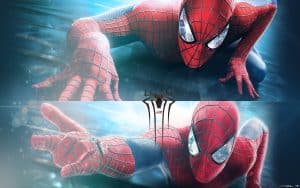 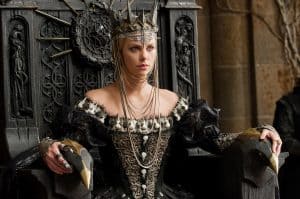 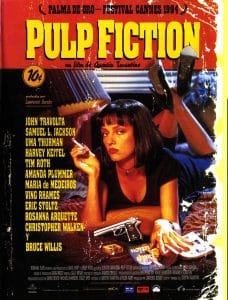 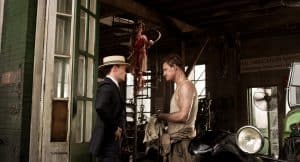 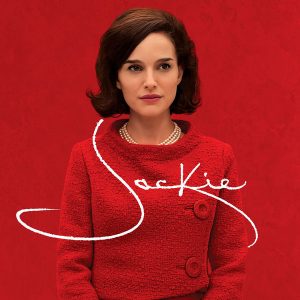 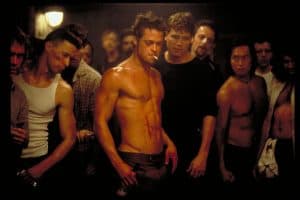 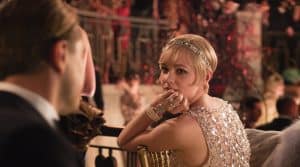 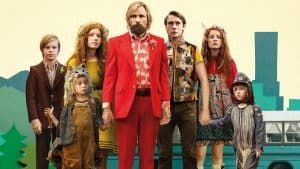 On a regular evening in the student bar, I found myself in what seemed to be just another heated discussion with one of my best friends. We had just came back from a movie club night, discussing Tarantino’s ‘Pulp Fiction’. As an actor, he seemed to know what he was talking about– I admired his ability to understand characters in depth.

As the ice cold beer glass was making both of my hands feel numb, I was going into more and more detail about clothing, up to the point when I felt confused, even lost. I came to the realization that I actually knew nothing about it, or at least when it comes to movie costumes.

I wanted to find this really special thing about probably one of the best-paid design jobs in the whole fashion industry… After all I am naïve enough to believe there is something else rather than money, which draws people to costume design. 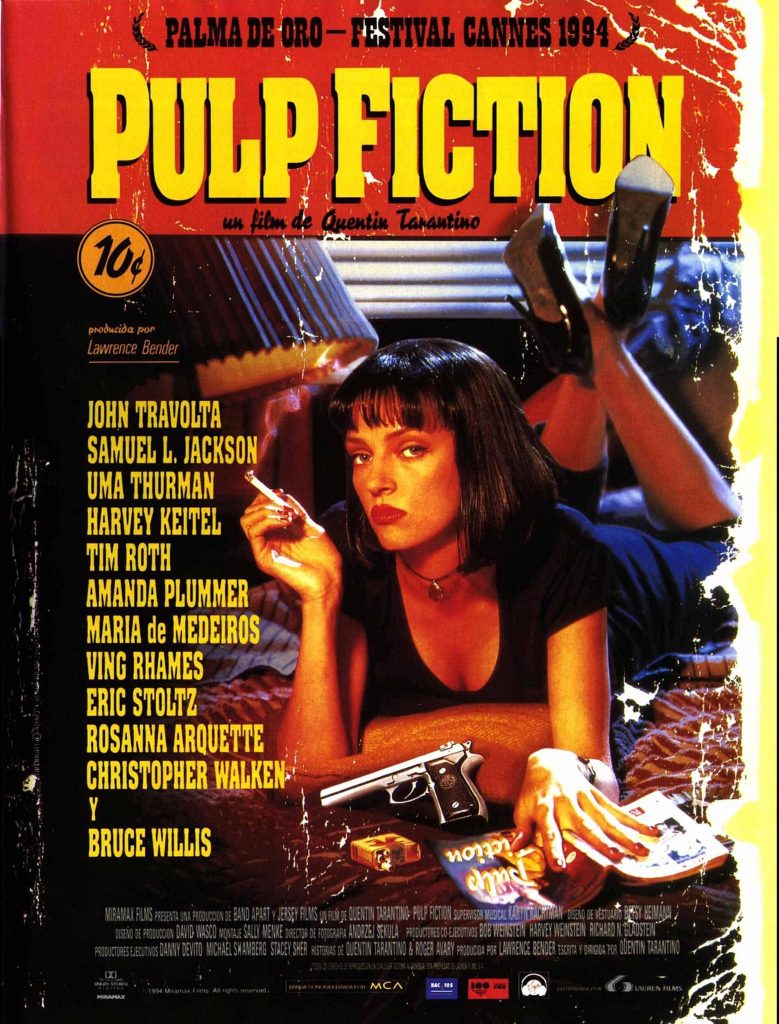 It really is simple – the movie industry is nothing like a runway show, actors are not mannequins and the challenge is to become phenomenal in what my friend had already mastered – getting in every personage’s shoes, living in the movie’s era, existing in the same imaginary world.

Just as sound, special effects and acting, costumes create a feeling of their own and this all has to work in harmony to finally result in a masterpiece. Clothing in movies paints the whole visual impression and works as a cohesion between each actor and their surroundings – creates this satisfying harmony between colour, texture, movement, everything that persuades people that what they see on the screen is real.

So, yes, in order to provoke certain emotions and to express different mentalities, costume designers really have to be creative with costumes – there is so much that has to be said, which can only be conveyed through an actors’ looks. 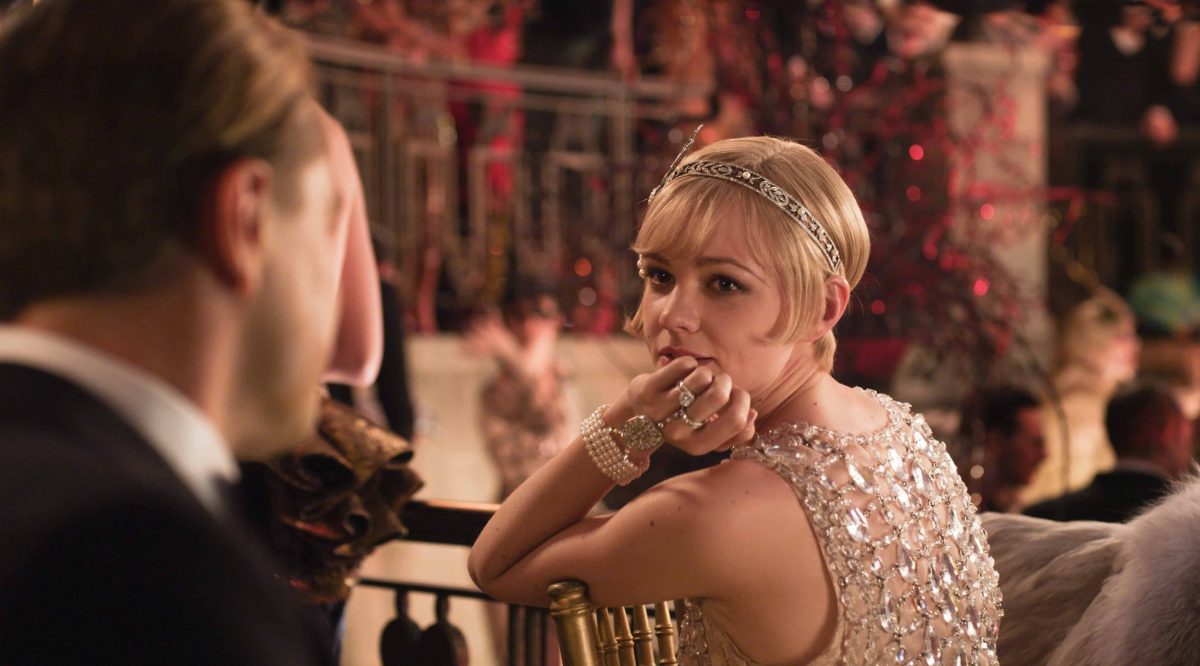 If you take a classic like Luhrman’s ‘The Great Gatsby’ (the 2013 version), you will find so much in the costumes, beyond the luxury of the roaring 20s, the sparkles, all the feathers and exposed sexuality – you will find each character’s inner world in every costume they are wearing. Daisy’s obviously expensive dresses made of luxurious fabrics, always sparkling, reveal her attractiveness and charm for the public eye, she appears to be the dream girl, everything that Gatsby wants, but the pale colours, the lack of anything bright, anything that may by any chance express individuality, give the public a warning sign for a second thought. Her world is surely just as sparkly, but also just as pale and empty and lacking purpose. 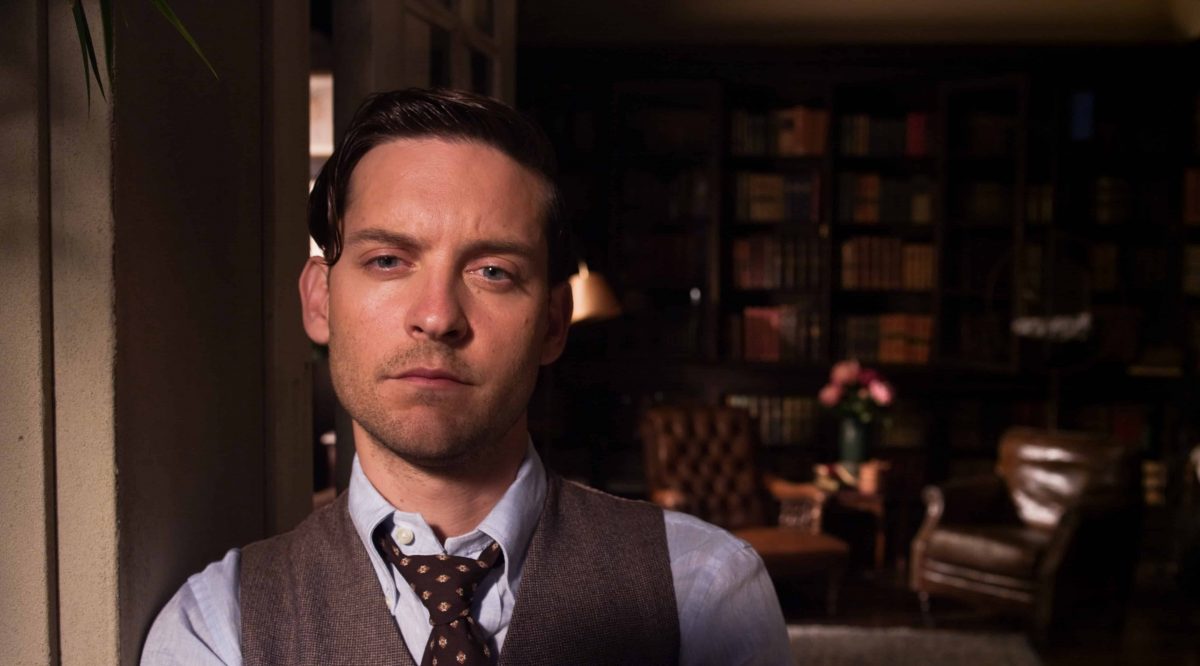 Nick is quite obviously just a narrator, merely an observer and that is perfectly underlined by his sporty simple clothing. He does not belong to this world hence the lack of sparkle to his looks. As a key character, Myrtle is properly introduced in the beginning of the movie. The first outfit she appears in (really flashy and revealing) speaks so much not only for the character but also for the tragic events that would then follow. The red, that appears in her outfits so much, as well as in the setting around her gives a clear idea of the ending of the story. 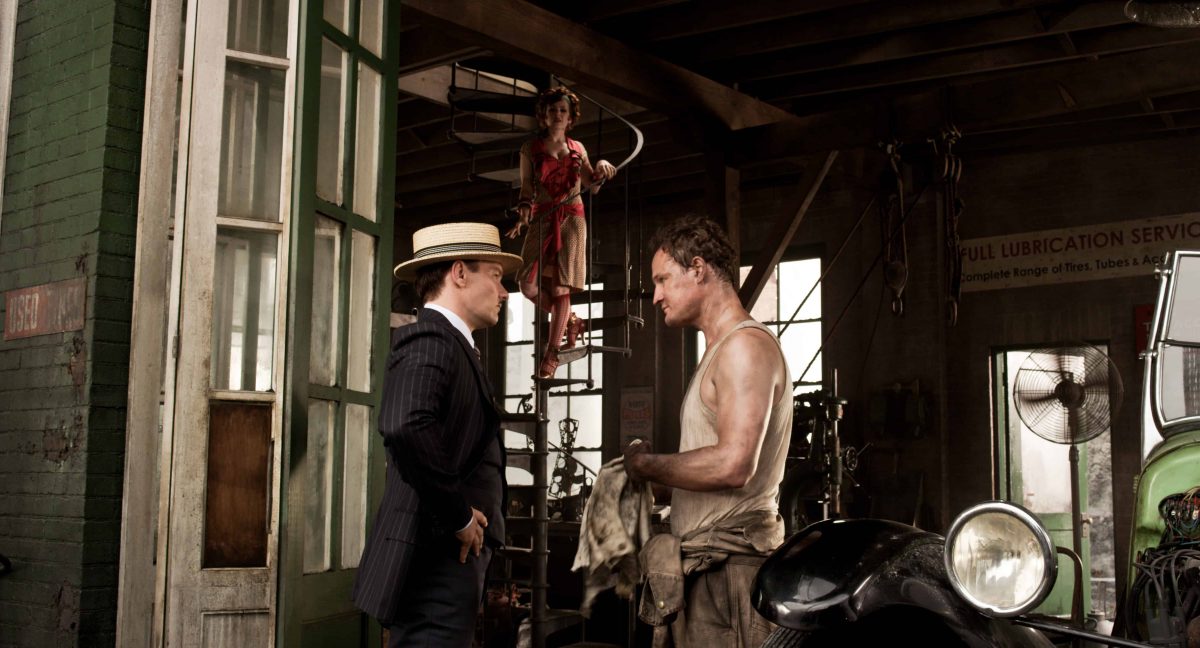 A good example for the fantastic understanding of the character by the designer Catherine Martin is Gatsby’s pink suit towards the end of the movie, when he has this huge (and only) argument with Tom – it may seem silly but what it perfectly does is underline the romanticism of his character in this particular moment.

Another movie with great design work on it – ‘Snow White and the Huntsman’ – takes a different approach. Instead of presenting the characters as they are, Colleen Atwood uses the chance to create different idea of the classical fairy tale personages. She uses rough clothes and armour to tell the story of the heroine and escape the romantic impression of Snow White. 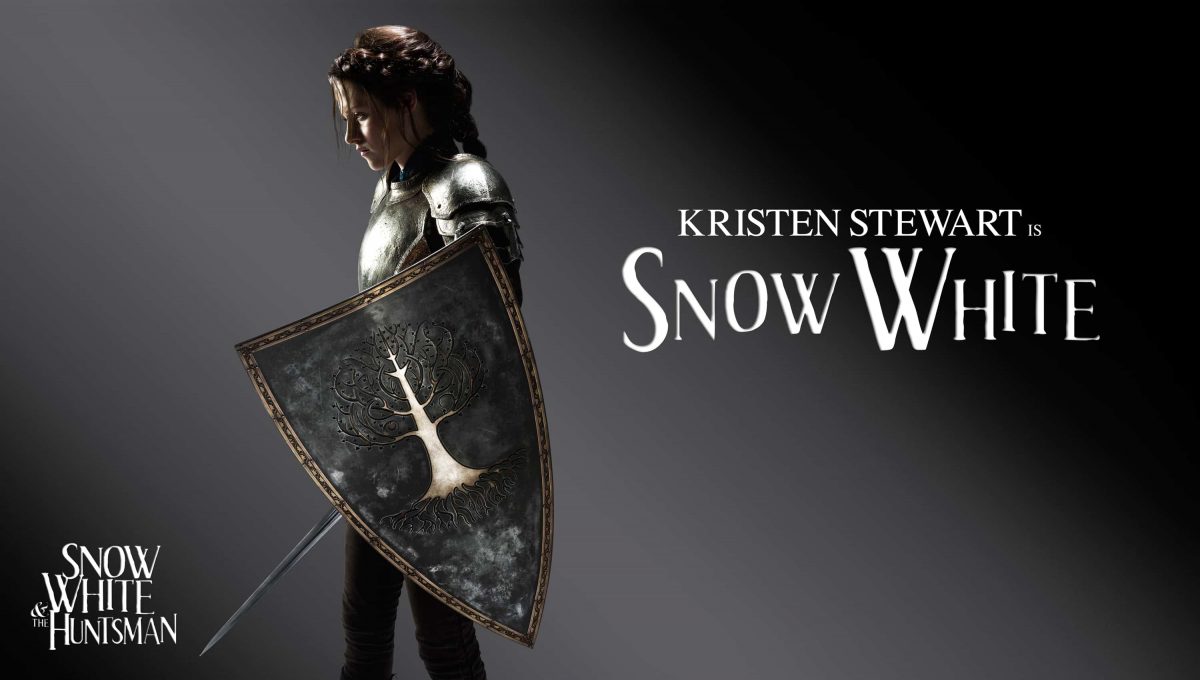 As the huntsman is predictively dressed in natural-looking clothes – all kinds of leather, earthy colours, everything that could be found in the forest, the character of Ravenna is presented in an innovative way. In creating her image, Atwood uses lots of symbols – mainly of death – a pointed, evil-looking crown, dress made of beetle wings, pointed sculls. She gives the public a hint at the very beginning, showing her in a gorgeous wedding dress, including shoulder elements that resemble a skeleton. It is obvious that the designer sees Ravenna as an experiment and tries to accentuate on her character rather than on Snow White in order to change the perception of the tale, embracing this haute couture type of evil witch. 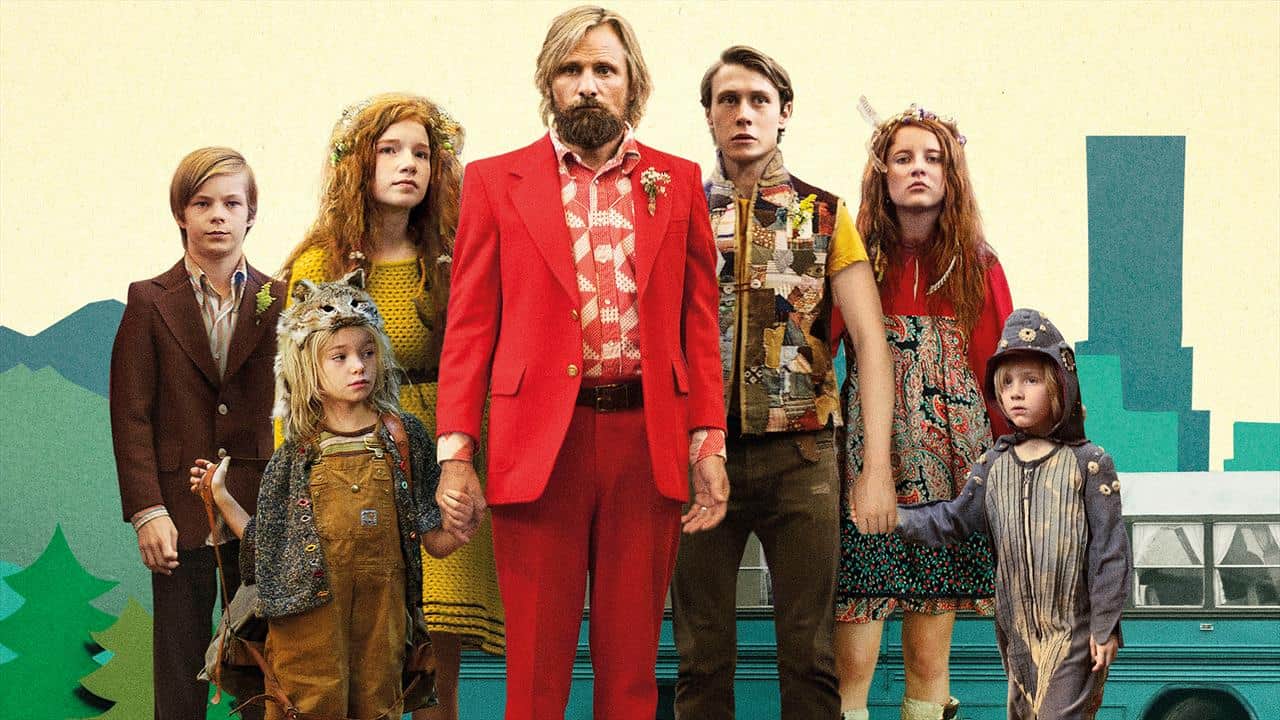 The next amazing example of innovative design approach is Matt Ross’ ‘Captain Fantastic’. To recreate the rather hippie look of the whole family, which would visually assist the public in facing the idea of a different, careless, more of a natural lifestyle, designer Courtney Hoffman let the cast choose their own costumes so that they wouldn’t be affected by other people’s ideas of how they are supposed to look. According to Hoffman that would not only be an opportunity for the actors to participate in the visual creation of their characters, but also help them understand their mentality better. 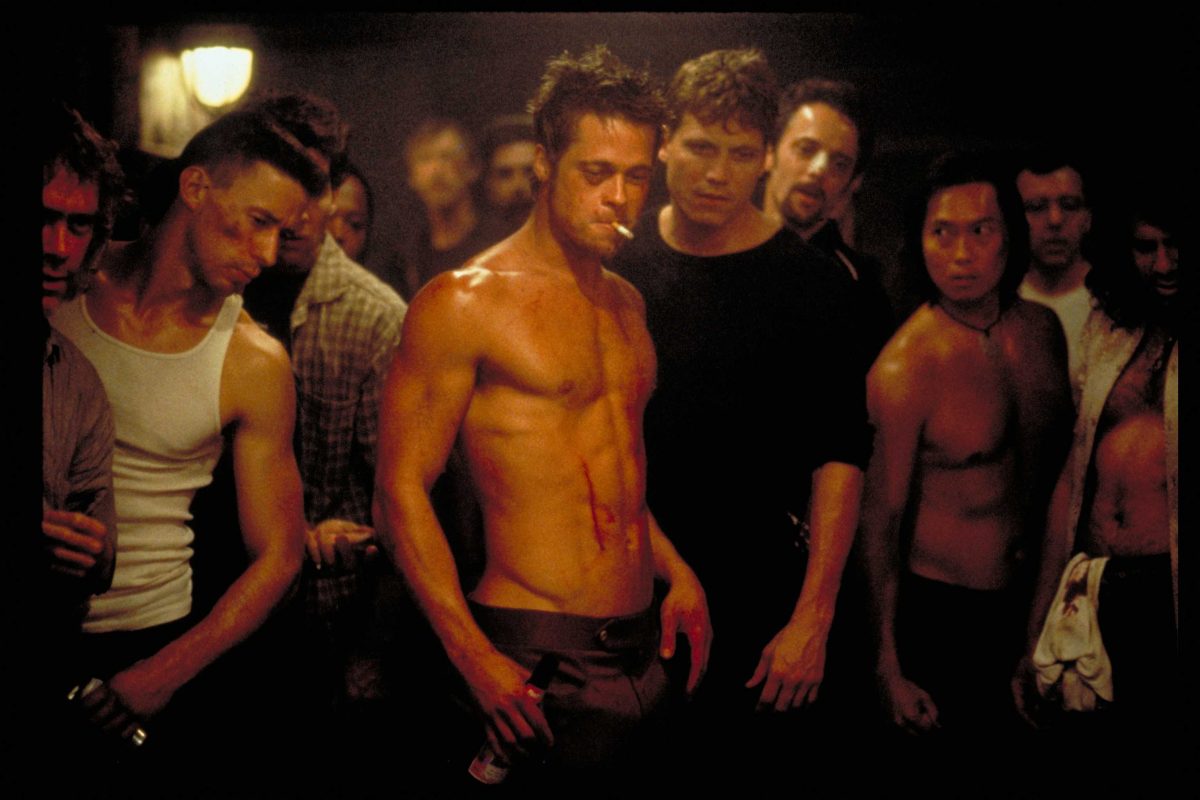 For me, personally, Michael Kaplan’s work on ‘Fight Club’ is of great interest, as he had to create two different personages, still bearing in mind the idea that they actually belong to the same person. As two opposite characters Tyler Durden and Edward Norton had to be presented in completely different ways – Tyler’s colourfulness contrasting with Norton’s uptight looks. Still, the sense of reality with which the clothes used in the fight scenes are presented, is phenomenal, especially bearing in mind the accurate work even when it comes to the extras. 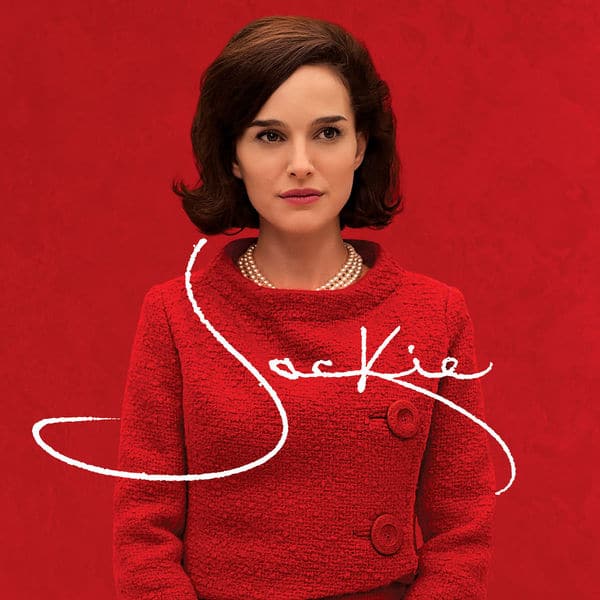 Not surprisingly, movie costumes, discussed around in the media for a long time, are the ones for ‘Jackie’. Recreating the life of a fashion icon is a difficult task, especially when the story is loaded with so much historical meaning. The iconic pink Chanel suit, for instance, had to be constantly remade in order for the designer Madeline Fontaine to achieve the exact same colour. ‘And we needed five of the same outfit, and made every one!’ she says. Not only that but she also had to make two different versions of the red Dior for the Charles Collingwood’s interview, so that the black and white scenes could match the original footage.

The historical accuracy of the movie left the designer with very little freedom to experiment, however the virtuosity of Fontaine is to see in every detail, especially when Jackie (Natalie Portman) is outside of the constant gaze of the public eye. That is when the designer has the choice on how to express Kennedy’s nature, her strength, her elegance, even when not observed, and in these rare moments of being alone, therefore her true self, Fontaine takes that chance to create an absolute brilliant image of Jackie.

The challenges with costume design are yet not only visual. As Deborah Nadoolman Landis really accurately describes it in her article ‘The Role of Costumes and Costume Designers’, designers work in a kinetic art and costumes have to move. 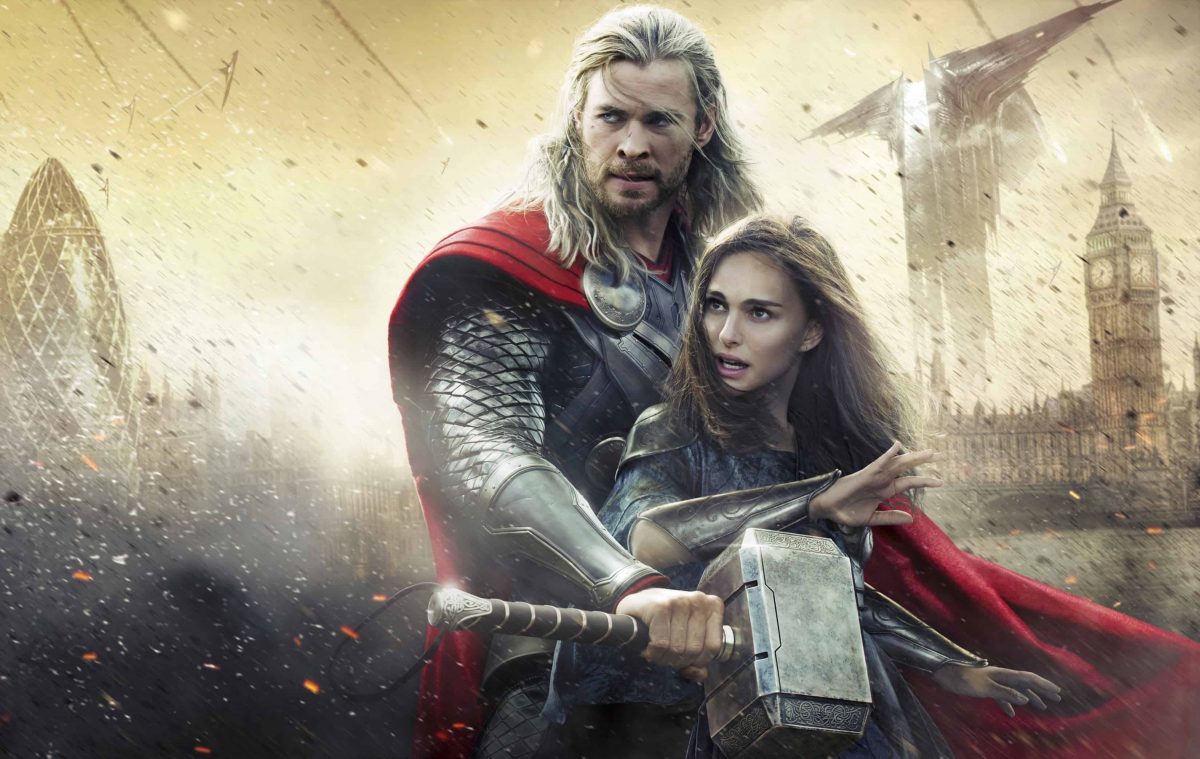 Take Jose Fernandez and his Batman suit. There are not too many people who look like superheroes, and far less who would also have the brains to be brilliant actors. If you still think that Batman is so muscly, ask Fernandez who spent eight months manually sculpting Batman’s muscles (or to be more accurate Batman’s suite’s muscles). Also, if you consider costume design consisting of constant sewing, check out his Ironhead Studio and their work on almost all superhero blockbusters, including ‘Suicide Squad’, ‘Thor’, ‘X-Men: Apocalypse’, ‘Game of Thromes’, ‘Daredevil’ and almost everything else.

Although giving Ironhead Studio as an example for functional requirements may be an obvious choice, every movie costume designer is challenged by the same problem – how to make stunning costumes without making actors feel like performing monkeys in silly unnatural clothing? 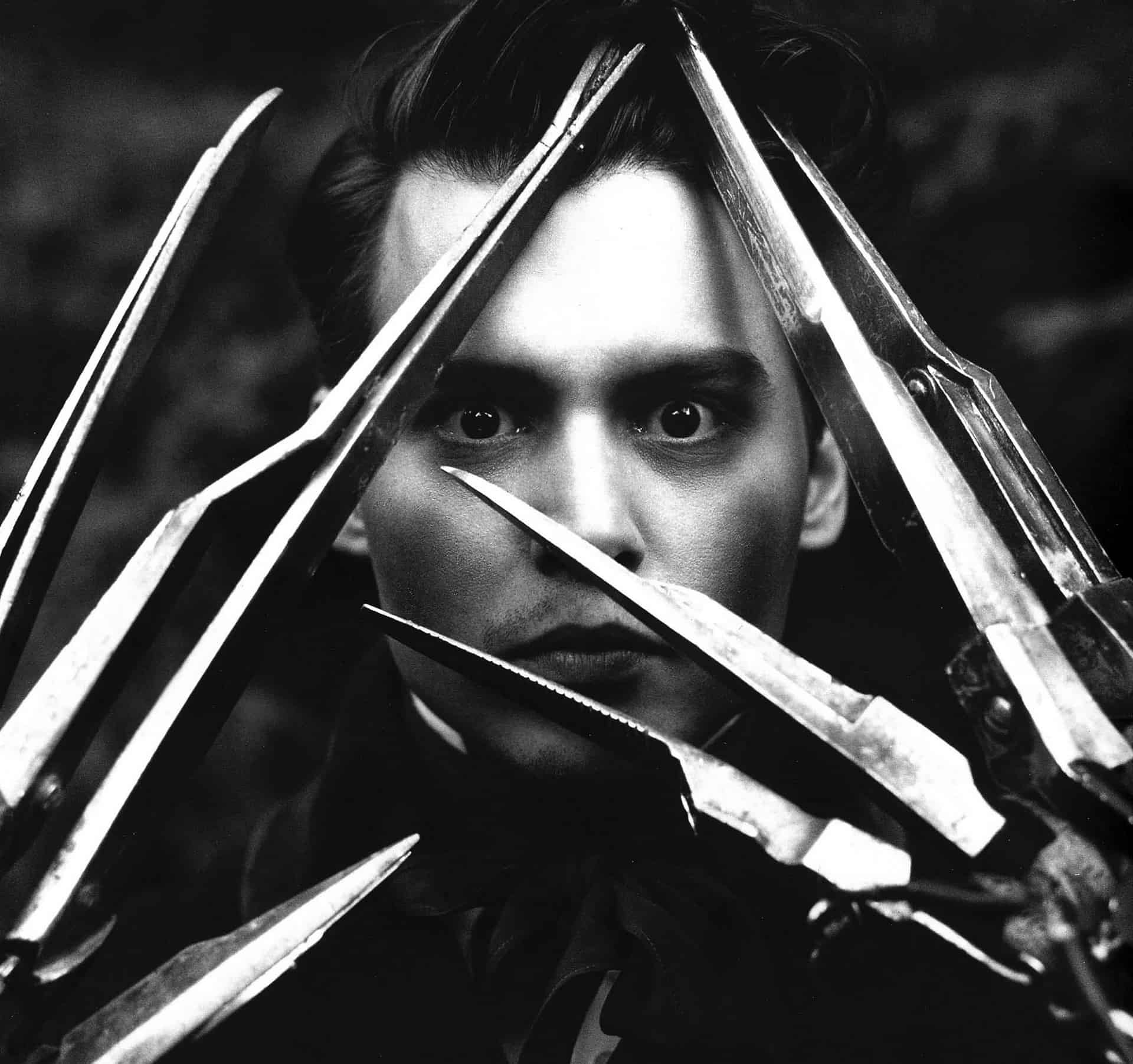 One decision comes from designer Colleen Atwood, who had to put a cooling system inside Jonny Depp’s costume when he was playing Edward Scissorhands in order to prevent him from boiling.

In Les Miserables, Suzy Strout, who worked on the cast’s clothing, explains that the team created shoes for each actor individually, so that they all felt comfortable during the long hours of filming.

‘Spiderman 2’ designer James Acheson had to take a more innovative approach. To create a new suit for Spidey he had to keep it naïve and realistic – closer to the original comic look of the superhero, but also to make it more functional by completely changing its structure from the inside. By creating casts for each muscle group separately, he developed rubber pads that would support the muscles and give much more freedom of movement. 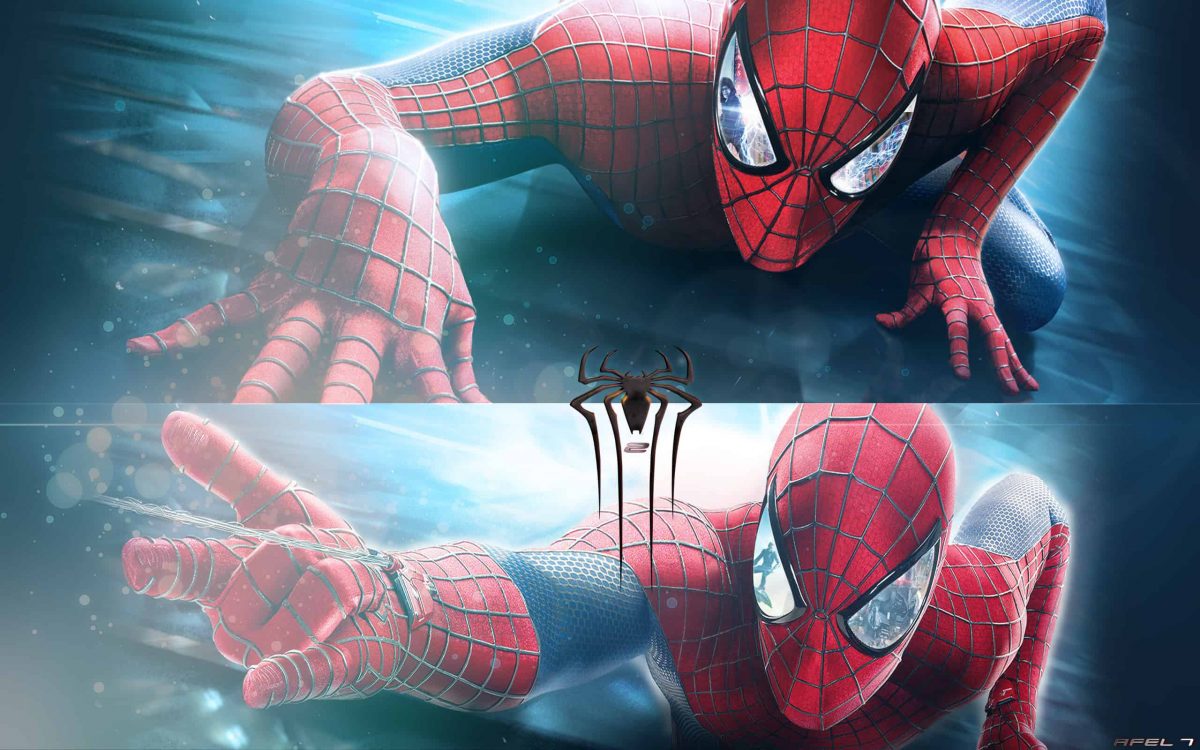 All of these amazing people, who have changed both the movie and fashion industry, are brilliant examples of adapting absolutely insane ideas to reality and helping other people see what they see in everyone’s favourite stories, understanding each character’s unique inner world (no matter if they are imaginary or historical personages), creating new, unseen worlds, whole universes that change our own.

Research sources: 5 Top Costume Designers Reveal the Inspirations for Their Designs, Beauty and the Beast: Costume Designer Jacqueline Durran Behind the Scenes Movie Interview, Behind The Scenes: Spider-Man 2 – Costume Design, Costume Designer Colleen Atwood Chats About ‘Snow White and the Huntsman’ — Part 2, From Page to Stage: Les Miserables Behind the Scenes – Costume, HOW COSTUME DESIGNERS MAKE MAGIC HAPPEN ON AN INDEPENDENT FILM BUDGET, Making Superhero Costumes for Hollywood Films, The 15 Best Costume Films of 2016, The Role of Costumes and Costume Designers, Top 50 movies with ingenious costume, TUT: Costumes Of TUT, Variety Artisans: Sandy Powell and the Costumes of ‘Cinderella’